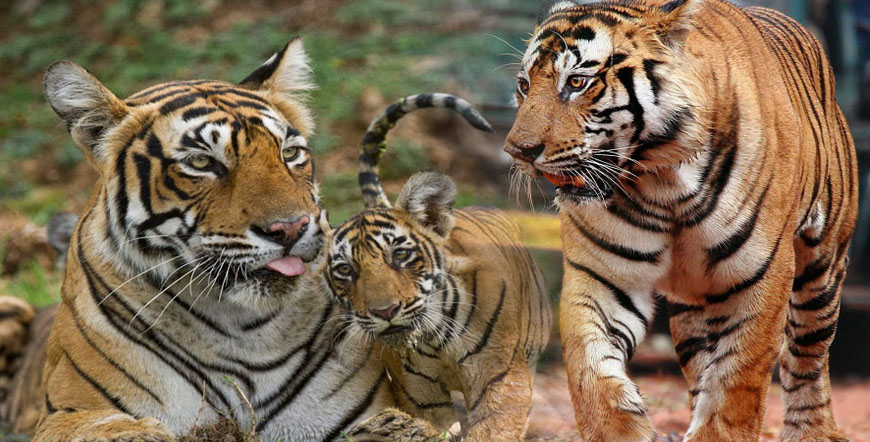 MONUMENTS AND VISITS INCLUDED IN THE TOUR

Payment Clause:-
100% of the total package cost 60 days prior the arrival in India

Representative will meet you in the arrival area of the airport after you clear all immigration and custom formalities. Depart for your hotel where you will check in for your stay

India’s capital and a major gateway to the country, contemporary Delhi is a bustling metropolis, which successfully combines in its folds - the ancient with the modern. Amidst the fast spiraling skyscrapers the remnants of a bygone time in the form of its many monuments stand as silent reminders to the region’s ancient legacy.

(Hotel Check-in: 1400 Hrs, Early check in would be subject to the availability)
Overnight in Delhi at The Suryaa
Meals Included: None

Optional Visit:
Mutiny Tour: a walk that offers fascinating insight into Delhi's British roots.
The walking tour will start from the Mutiny Memorial, erected by the British to commemorate those killed during the First war of Indian Independence. Continue onto the Nicholson cemetery, an Anglican Church built in 1836 (making it one of the oldest churches in Delhi) and then onto the William Fraser Bungalow (the former home of the British Commissioner of Delhi and constructed in 1803). The walk lasts for 3-4 hours and will be a fascinating insight into Delhi's British roots.

After breakfast, proceed for the full day city tour of Old & New Delhi including visit of the 17th century Jama Masjid and enjoy normal rickshaw ride through the narrow, winding lanes of colourful and bustling Chandni Chowk.. Also stop in front of the Mughal Empire’s most opulent fort, the Red Fort for a photo stop. Later Visit Raj Ghat where Mahatma Gandhi was cremated.

Afternoon proceed to New Delhi where you will be taken for the Drive past of The Presidential Palace, the one-time imperial residence of the British viceroys, the India Gate, a memorial raised in honour of the Indian soldiers martyred during the Afghan war and a drive along the Rajpath past the Parliament House and secretarial buildings.

Afterwards visit Qutab Minar, the 12th century tower of victory built by a slave king and prototype of all minars (towers) in India. Also visit the 16th century Humayun’s tomb, a precursor to the Taj Mahal.

Overnight in Delhi at The Suryaa
Meals Included: Breakfast

Today morning on time, you will be assisted & transferred in your private car to Delhi railway station to connect train to Agra.

Once a small village on the banks of the Yamuna, it was transformed by two great Mughal monarchs, Akbar and his grandson Shah Jehan into the second capital of the Mughal Empire – Dar-ul-Khilafat, or ‘seat of the Emperor’ in the 16th & 17th century.

Arrive Agra and you will met with our representative outside your train coach who will introduce you to your guide who will take you for the visit of Agra Fort, which was originally started by Emperor Akbar in 1565, but his son, Jahangir, and grandson, Shah Jahan, later made valuable additions to it. (Hotel Check-in: 1400 Hrs, Early check in would be subject to the availability)

After the visit, check-in at the hotel.

Later, enjoy a Visit to Mehtab Bagh for the splendid views of the Taj Mahal in the lap of serene landscaped surroundings. It is a great place to get unique shots of the ever majestic Taj Mahal. In fact this garden itself offers many beautiful photo opportunities. Mehtab Bagh was built as an integral part of the Taj complex as the gardens of the Taj are perfectly aligned with Mehtab Bagh, making it the best place to view the Taj from.

For those looking for a walking tour instead of the visit to the monuments, this is the option:
Kachhpura Walk: this trail is a community based enterprise where a youth from the local community will show round. The money collected from this walk goes directly to funding various welfare works such as upgrading schools, building toilets etc. in the area and in creating sustainable livelihoods. During the walk you will be visiting a local village and end the tour with high on the roof top facing Taj.

Optional visit:
Volunteer visit to Sheroes Hang out Café – A Café managed by brave Acid attack survivors, the café serves you food with a flavour of love and warmth. The Café has been identified on social media as, “A venue where new wave feminism evolves every day to overcome the challenges faced by women.”

Early morning you will be taken to witness the sunrise visit of the Taj Mahal (Closed on All Fridays) with your guide. On the inner walls, jewel-like stones create beautiful designs in white marble. The Mughals perfected the art of embedding semi-precious stones into marble and the Taj is the finest example of this special process called pietra dura. It begins with a marble plate, varying in size. Then jewels are sliced paper thin and embedded in the marble with such precision that the joints are invisible to the naked eye.

Return to the hotel for breakfast. Check out and drive to Bharatpur.

During your drive, you will visit the once seat of Mughal legacy, which is an abandoned city glowing red under the sun, Fatehpur Sikri - the deserted red sandstone city built by the Great Mughal Emperor, Akbar, as his capital and palace in the late 16th century is just 37kms from Agra.

Later, you will be assisted & transferred to Bharatpur Railway Station to connect train to Ranthambhore. (Luggage’s will be transferred by your vehicle to the hotel in Ranthambhore – will recommend carrying 01 handbag with your valuables during your Train journey)

Arrive Ranthambhore and you will be met by our representative at the railway station outside your coach who will assist and transfer you to your hotel.

RANTHAMBORE –Ranthambore National Park Covering 410 sq. km runs along the easternmost spur of the Aravalis to the Vindhya ranges. The dry deciduous forest covers open valleys with lush vegetation around the lakes, and open grasslands in the higher slopes. This varied flora supports a large number of animals including a variety of deer, the sloth bear, the shy caracal, leopards and of course, the tiger.

After early Lunch you will drive to Jaipur.

JAIPUR – the capital of Rajasthan province is known for its arts and crafts, jewellery, hand-painted fabrics and stone sculptures; it is one of North India’s finest examples of a planned city embodying the best of Rajput and Mughal architecture.

Spend the rest of the evening at leisure.

Bazaar, Cuisine & Crafts of Old Jaipur:
From its creation in 1727 the royal families and nobles of Jaipur patronised the craftsmen and artisans of the city. These traditions continue to this day and as a result modern day Jaipur is considered by many as the craft capital of India. Traditional methods are still used to produce many valuable and highly prized items. Using skills passed down through generations, artisans and master craftsmen can be seen in the areas of Ghat Darwaza and Vishveshwar ji. On this fascinating evening walk mingle and talk with the locals whilst sampling some of the regions culinary delights; try pakoras, aloo tiki, samosa and sweets from some of the city’s most popular street food vendors. Observe local artisans in their workshops; jewellers and silversmiths, gold and silver foil makers. The iconic Hawa Mahal also called the Palace of the winds is the meeting point at which this two and a half hour walk begins.

Today morning after an early breakfast visit the hilltop fortress at Amber. A jeep will spare you the trouble of reaching up to the fortress. Once on top, stroll through the sprawling complex of courtyards and halls

-route to Amber Fort you will stop and see the `Palace of Winds’, otherwise known as Hawa Mahal (Only Drive past). It is really an elaborate façade, extremely intricate in its pink sandstone carving.

Afternoon visit the City Palace, which is an overwhelming complex of exquisite palaces, gardens and courtyards, decorative art and carved doorways.

Afterwards visit Jaipur's Jantar Mantar is the most famous of five observatories built by Sawai Jai Singh in India. Jai Singh was a great admirer of progresses and research made in the fields of science and technology, and he was passionate about astronomy

Tour Highlight - In the evening, you will be taken for a Cooking Demonstration followed by meal with the Indian family in their home.

After breakfast, you will drive back to Delhi.
Our representative will meet you at the airport and will provide you the assisted departure transfer to the International airport to board your flight for onward destination.

Other Tours in India