Nestling on Turkey's glorious Aegean coast, you will find the stunning Bodrum peninsula, with historic Bodrum town at its centre. Once the ancient city of Halicarnassus, Bodrum in recent decades has become one of Turkey's top destinations for holidaymakers, attracted by the combination of the ancient past with a gorgeous coastline and some of the country's best beaches. With its warm sunny climate and its abundance of delightful shops and restaurants, Bodrum has all the ingredients for a fantastic stay.

The actual town of Bodrum is extremely attractive, with its ranks of white cube-shaped houses, wreathed in vines and bougainvillea, punctuated by the blue tips of the minarets. The houses climb the hill above the deep blue of the twin harbours, full of Turkish gulets, the traditional hand-built wooden yachts. The town buzzes with energy during the summer season, but you can still catch glimpses of the old village atmosphere, especially in the narrow pedestrian alleyways of the old town.

Towering over the waterfront is the 600-year-old St Peter's Castle, the town's most prominent landmark and one of the world's best-preserved mediaeval monuments. It actually gave the town its name, as the castle's original name, Petronius, became Bodrum in Turkish. You can tour the castle itself, and also marvel at the superb Museum of Underwater Archaeology housed within its walls, with artefacts dating from the 16th century BC -- 36 centuries. 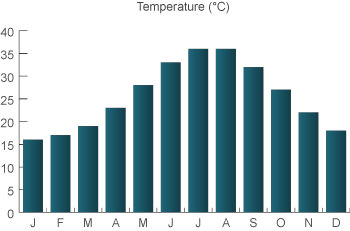 Just a short walk up from the waterfront, in a quiet back street, is the site of the world-famous Mausoleum of King Mausolus, built in the 4th century BC. There is very little left of the actual Mausoleum, much of which was pillaged for the strengthening work on St Peter's Castle, but the site itself, in a peaceful garden setting, is worth visiting as it was actually one of the Seven Wonders of the Ancient World. Also built by King Mausolus in 364 BC was the Myndos Gate, in the city walls of ancient Halicarnassus -- the gate consisted of two monumental towers, of which one survives today, almost intact.

A longer walk up the hill from the waterfront brings you to the ancient Graeco-Roman amphitheatre, also begun in the reign of King Mausolus, though not fully completed until Roman times. Some of the seats are inscribed with names, probably of those who paid for them. The theatre is one of the city's best-preserved monuments, and is still used for performances today -- situated at the top of the town, as was the custom, it has splendid views over the town and the bay, especially at sunset.

Apart from the history, Bodrum offers many other pleasures, such as a day-cruise in a gulet round the enchanting coastline. You can sail a little, drop anchor in a deserted little cove where nothing has changed in 2,000 years, and have a swim in clear warm blue waters. Lunch could be on board, on freshly-grilled, freshly-caught fish, or at a little waterside restaurant, then more gentle drifting and more swimming, before arriving back in time for a sundowner.

There are plenty of other delightful towns and villages to explore round the coast of the Bodrum Peninsula -- you can hire a car, or use the local dolmus or bus service, which is cheap, frequent and reliable. The village of Gumbet, with watersports and a lively night life, is very popular with UK visitors, while peaceful Gumusluk, one of the oldest settlements on the peninsula, has a relaxed and magical atmosphere, with flower-decked houses round the curve of a small, charming cove. The picturesque village of Yalikavak, once the area's main fishing port, is a lovely place for waterside eating, and Turgutreis, the peninsula's second largest town, is worth visiting for the fantastic shopping, and the incredibly scenic coastal drive to get there.

Bodrum's perfect climate makes it an attractive destination at any time of year, but the ideal times are probably the shoulder seasons in June and September, to avoid the peak crowds. Whatever you want can be found in Bodrum, including plenty of night life, and the most exquisite Turkish cuisine in its many restaurants. In fact, Bodrum is a precious jewel, just waiting to be discovered.