Enjoy an Exotic Holiday at the Mysterious Dead Sea

With its unusual and intriguing landscape and its numerous ruins, it comes as no surprise that the Dead Sea is one of the most popular locations amongst travellers to the Middle East. Surrounded by the outstanding landscape of the Negev desert in Egypt, the Dead Sea is Earth's lowest point. A terrific location for taking photographs, this mystifying sea is truly one of the most unique places on Earth.

Known in Hebrew as the 'Sea of Salt,' the Dead Sea is actually more similar to a lake than a sea and marine life cannot survive in its salty waters. However, it is this same saline water that is renowned for healing properties and health benefits.

There are several public beaches open to visitors along the Dead Sea's shores. Amongst the most popular are the beach at Ein Bokek and Ein Gedi Beach. Certain beaches charge a nominal entry fee, and some hotel beaches in the area are private. However, visitors typically have no problem finding the perfect Dead Sea beach on which to enjoy the sun, the landscape and the Sea itself. 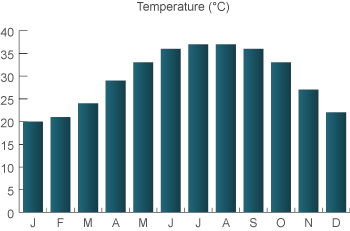 Floating in the Dead Sea

The high concentration of salt and minerals in the water makes it virtually effortless for one to lie on the surface of the Dead Sea without sinking or losing balance. Although it may sound like a very touristy activity, floating in the Dead Sea is a must-do for anyone who is not afraid of the water. The experience is amazing for many people, and some individuals even claim it energizes and rejuvenates them for the rest of their visit.

In addition to the Dead Sea itself, another great attraction in this popular area is the Masada Fortress. Steeped in history, this massive fortress is a UNESCO World Heritage site and is usually climbed by tourists in the early morning. At this time of day, visitors hope to view the Jordan landscape as sunlight creeps over the horizon and onto the Dead Sea. Additionally, tourists are typically pleased to discover that they do not have to climb the stone steps to the fortress if they would rather not, as a cable car is now installed near the site.

Just north of the Dead Sea is the beautiful Ein Gedi National Park. Located in the famous Kibbutz, this national park boasts a vast array of cool water hiking trails, which provide a fun way to escape the heat, particularly for those travelling during summer. The higher one hikes, the quieter it becomes and the more likely he or she will be to find a private oasis. The latter pepper the area and most are tucked away and uncrowded. There is also a spa and a public beach at Ein Gedi.

Although there are restaurants in the Dead Sea area, there are not as many from which to choose as there are in other areas of Egypt. For this reason, the majority of overnight travellers have meals at their hotels. However, there are several great restaurants in the nearby area, a few of which are located in Ein Bokek, which is only a short drive from the Dead Sea. Ein Bokek's hotel zone also features five cafes, a dairy restaurant, and a food court. There are also several small marketplaces near the hotel zone, where holidaymakers can purchase souvenirs.

The summer months are typically quite hot in the Dead Sea area, with average temperatures hovering near 40°C, whilst winter temperatures are much milder. For this reason, visitors may wish to plan a holiday during late autumn or early summer, when weather is milder and crowds are not as heavy. According to the Jordan tourism board, many local residents visit the Dead Sea on Friday, making this day quite crowded. Therefore, it may be wise for holidaymakers to avoid visiting the area on Friday.

The Dead Sea is definitely a one-of-a-kind body of water and because of its interesting features and characteristics, it will likely remain a top tourist destination in the future. Whether floating atop the salt water or enjoying the beautiful landscape, those looking for a unique holiday destination are never disappointed with the Dead Sea.