Amman is the largest city in Jordan, as well as its capital. It has a population of more than four million people, and is a terrific place to explore. Local residents are friendly to travellers and the city holds many surprises for visitors. Holidaymakers can tour Amman's ancient Roman amphitheatre, visit art galleries, enjoy delicious food or shop in open air marketplaces.

The area is also home to a number of beautiful mosques, Roman ruins, and of course the region's majestic Citadel. Guided tours are available for many of the attractions in Amman or those on holiday can simply tour the city at their leisure.

This beautifully restored theatre is the most obvious and dramatic remnant of Roman Philadelphia, and for the majority of foreign visitors, it is the highlight of their sojourn in Amman. 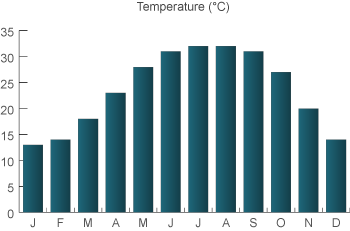 The Theatre is magnificently carved into the northern side of a large hill, and the structure can seat more than 6000 individuals. A top location for photo opportunities, the Theatre creates an outstanding backdrop for all types of photographs.

The area referred to as the Citadel is located on Amman's highest hill, approximately 850 metres above sea level. The hill is named Jebel Al Qala’a, and it is the original site of ancient Rabbath-Ammon, a town that thrived during the Iron and Bronze Ages. The wall surrounding the Citadel is over 1700 metres long and was constructed during the Byzantine and Roman eras. There is plenty for holidaymakers to see at the Citadel, but the most popular structures in the area are the Ummayad Palace and the Temple of Hercules.

Situated next to the Amman City Hall is the Jordan Museum. Regarded as one of the best establishments of its kind in the Middle East, the museum is encased in a modern structure, and houses many lovely displays depicting Jordan's history dating back nine centuries to the Nabataean civilisation. Highlights of the museum include an ancient plaster mannequin of famous ruler, Ain Ghazal, which is the oldest human statue on Earth. It is also home to Jordan's share of the Dead Sea Scrolls.

Just north of the centre of Amman is a contemporary art gallery housed in an ancient structure, the Darat Al Funun. The establishment features modern creations by Arabic and Jordanian artists. Additionally, workshops for painting and sculpting are scheduled on a regular basis, and lectures, films and exhibitions are always on the agenda as well.

This small but impressive palace is located in the western half of Amman and is an excellent example of Jordan's pre-Roman construction. Surrounded by mystery, the structure's precise age is not known, although certain archaeologists say it was probably built sometime between 188 and 178 BC. The Qasr Al Abad Palace may have been reconstructed several times over the centuries. Visitors can wander through the ruins and let their imaginations run wild concerning the history of this ancient, intriguing palace.

Amman has a broad range of eating options, with reasonably priced eateries concentrated in the downtown section of the city. Upscale restaurants are found in the area as well, but these are concentrated in Shmeisani, Lweibdeh and Jebel. One restaurant that is also somewhat of a landmark is the Hashem Café. Over 50 years old, this establishment is popular with visitors and locals alike, and is famous for its falafel. More restaurants are found in the streets and alleyways around the Café as well.

Amman is also home to great shopping malls, souvenir stores and quality craft centres. Rainbow Street is one of the city's primary shopping areas, where visitors can find essentially any type of product or souvenir.

Amman is always warm, but many travellers believe the best time to visit is March, April or May. However, late September to early November are also comfortable months with regard to temperature. In June through September visitors can expect to experience very hot temperatures, but this is also the least crowded time of year in Amman. Because of the altitude of the city, however, year-round temperatures are a bit cooler overall than those found in Western and Southern Jordan.

With an endless number of attractions and historical sites, Amman offers visitors an exciting and interesting getaway. Regardless of the length of one's holiday or the sites he or she chooses to visit, a trip to Amman will never be forgotten.