New York: The City That Never Sleeps, The Big Apple, home of Broadway. New York is one of the biggest, busiest, and undoubtedly one of the most exciting cities in the world. With so much going on, it seems there's a new adventure waiting round every corner, positioning the city as the perfect destination for a city break. It's the city that most people dream about visiting at least once in their lifetime, though in truth you would actually need a lifetime to appreciate it fully.

So, how can you make the most of a trip to New York in a short time? That involves a combination of culture, global cuisine and adventure.

The Capital Of Culture

New York, of course, is the USA's cultural capital. The music scene is unparalleled, including genres classical, rock, pop and jazz, all of which are second to none, not forgetting Manhattan's Carnegie Hall, one of the most prestigious classical concert venues in the world.

With music comes Broadway, of which is housed in the city of New York. The bright lights of Broadway and it’s 39 theatres are packed into a small area called the Great White Way. A visit to Great White Way provides travellers with offerings spanning the latest blockbuster shows, classic drama and edgy experimental works.

Not far from Carnegie Hall, in mid-town Manhattan, the Lincoln Center is the world's biggest centre for performing arts, consisting of a 16.3-acre complex of buildings set round spacious plazas. Home of many top arts organisations including the New York Philharmonic, the New York City Ballet and the Metropolitan Opera, the Lincoln Center is an architecturally stunning building with a magnificent glass lobby, and even if you don’t have time to attend a performance during your New York holiday, you can take a tour of the building. 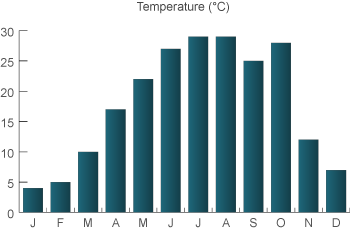 The city is also, of course, home to a large array of world-class museums and galleries, including the Museum of Modern Art (MoMA), the Metropolitan Museum of Art, and the American Museum of Natural History. One of the most architecturally dramatic is the Guggenheim on Fifth Avenue, a cylindrical building, wider at the top than the bottom, with its unique ramp gallery extending from the ground floor in a long continuous spiral round the outer edges of the building. There are also famous galleries in other boroughs of the city, such as the Brooklyn Museum, and enormous numbers of small contemporary galleries scattered through the city.

You can never see everything that there is to see in New York City, but you can’t miss Times Square, regarded as the nucleus of the city, even if you only go for the huge electronic billboards. And if you have time, New York has some of the world's best shopping, and some of the world's most exciting food as well. You will probably eat far too much, but while you enjoy walking the streets of Manhattan you will work it all off without even noticing.

New York weather is very similar to the United Kingdom: a home away from home. New York experiences cold winters and hot summers, with a summer peak of July and August.

When Should I Visit New York?

Many people opt to visit New York in the Winter to take advantage of the festivities, but it can be pretty cold in December, averaging temperatures of 7 degrees, which can often go down to freezing point.

We recommend visiting New York between April and June or September and November for a pleasant weather forecast.

Getting Around in New York City

New York, more correctly known as New York City or NYC, to distinguish it from New York State, is largely built on three islands: Manhattan, Long Island and Staten Island. NYC consists of five boroughs, of which Manhattan, occupying most of Manhattan Island, is the best known, and contains many of the most famous landmarks.

Despite its huge population, the city is quite compact. This means it’s incredibly easy to walk around, and the bus service, which works on a grid system, is cheap and easy to understand. It is also now possible to walk around on the High Line, a stunning 1.45-mile elevated trail built on a disused railway line from the Meatpacking District to Lower West Side Manhattan, with the dramatic newest section looping to the Hudson River, full of luxuriant vegetation inspired by the original wild plants that grew there.

Apart from walking or using the buses or famous yellow cabs, NYC has a harbour and is full of rivers, so you can see many of the city's best sights by boat, including the Statue of Liberty and Ellis Island: a must-see attraction. This can be viewed from the free Staten Island ferry, as well as on a special cruise.

There are cruises around Manhattan, including speedboat tours. This includes several hop-on, hop-off ferries, including the East River Ferry and the water taxis. You can even take a whale-watching tour, as in the last few years humpback whales have been returning to the waters of New York Harbour, which is an unforgettable experience.

If travel by boat isn’t your thing, one breath-taking alternative to seeing the city by water is to see it from a great height. Everyone knows about the Empire State Building, which is an iconic attraction with its classic Art Deco architecture. For great views of the stunning city, make your way to the outside observatory on the 86th floor, where you can enjoy views of more than 80 miles.

2015 saw the opening of the viewing deck at the top of the One World Trade Centre, built to replace the Twin Towers destroyed on 9/11: and this is now the tallest building in the western hemisphere. The observatory spans floors 100-102 and is reached by a SkyPod elevator in less than 60 seconds, with immersive technology recreating the 500-year development of the city skyline. The observatory offers 360-degree panoramas of the city and beyond, as well as Sky Portal, the 14-foot-wide circular platform providing real-time high-definition footage of the streets below.

The Pierre, a Taj Hotel